Games are relaxing and fun, right? Just point and click and let all your worries slip away...

But sometimes it's more satisfying to face those worries head-on, and what better format to do so in than in the safe space of a video game? So, go ahead; ponder the existence and will of God, or the situational ethics of a Battle Royale, or the possibility of being the only survivors of a mass human extinction, or the idea that the most horrifying evil of all dwells in your own heart. Don't worry; it's only a game...

The Shivah by Wadjet Eye Games 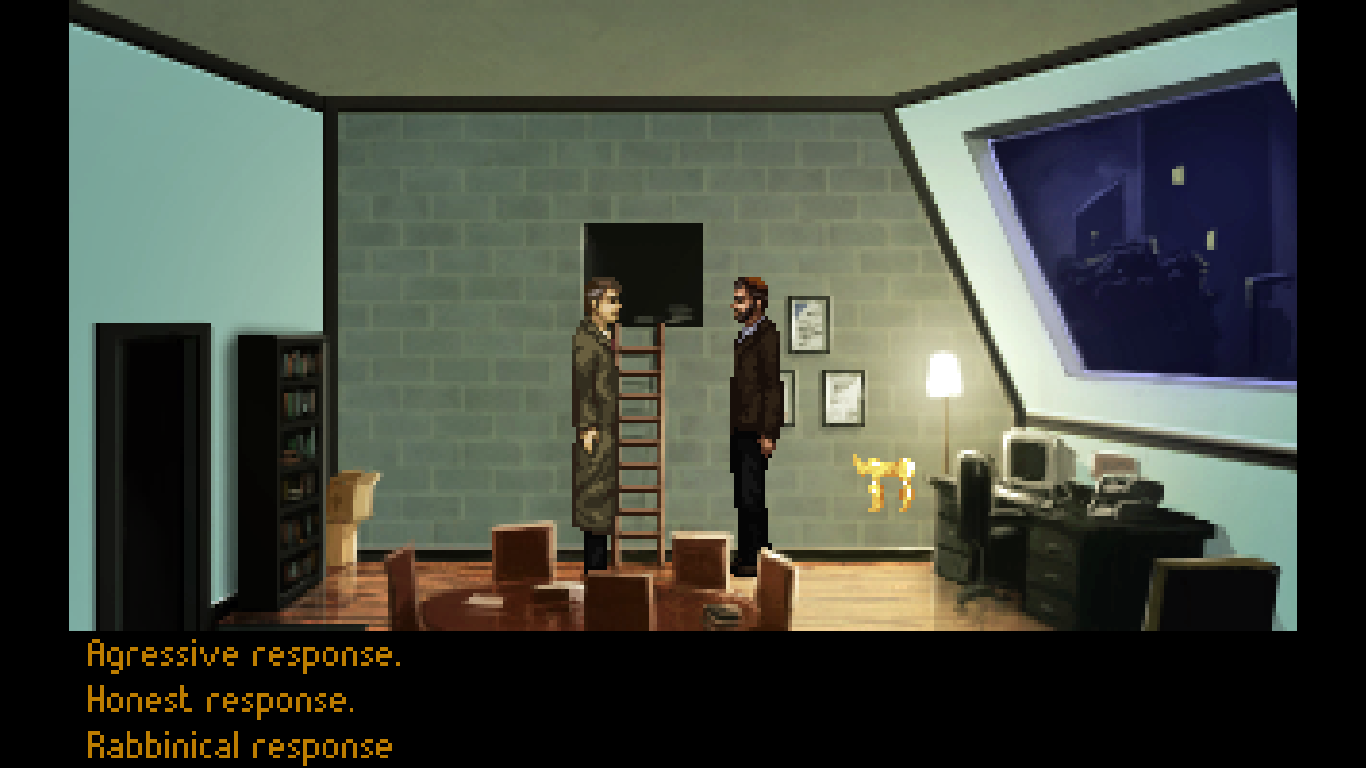 There’s not really a category for this game - you’re a rabbi investigating a murder in an old-school adventure game format.  Although it is set within the Jewish New York culture, it is still accessible to those not of that culture and its themes are universal. Even as you explore for clues, the dialogue makes you question what it means to be wise, what is God’s will, and what it means to belong to a religious community.  And there’s rabbinical fisticuffs.

Win The Game by Happy Backwards 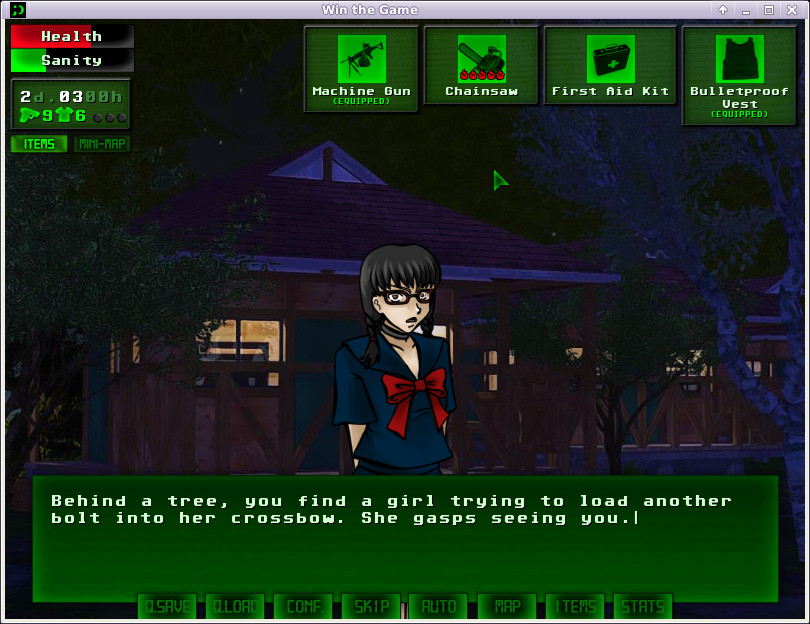 Actually being inside a fight-for-your-life game like the Hunger Games would be awful, no doubt about it. But, it turns out playing this game about that kind of survival scenario is not only strategic and adrenaline-pumping, but it’s also thought-provoking, morbid, and… fun?  Maybe it shouldn’t be fun. But it is! 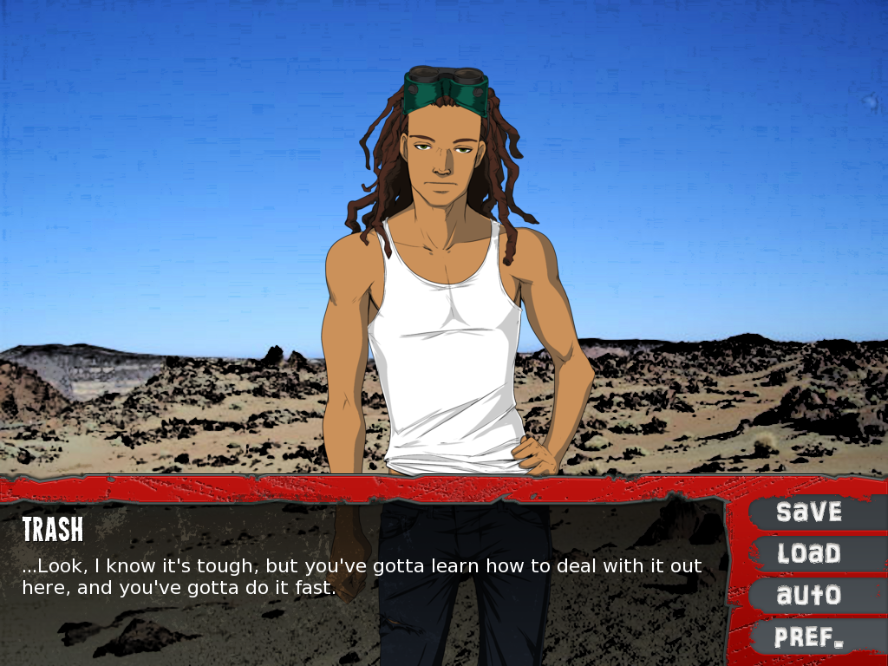 Post-apocalyptic romance is a saturated genre right now-- but this gem stands out above the rest for its flexible main character choices, characterization, and backstory.  While a lot of items in this genre suffer from too much romance or too much action, this visual novel gets the balance just right, with intricate character building and relationship exploration interspersed with wasteland scavenging and life-threatening situations.

Who Is Mike? by FERVENT 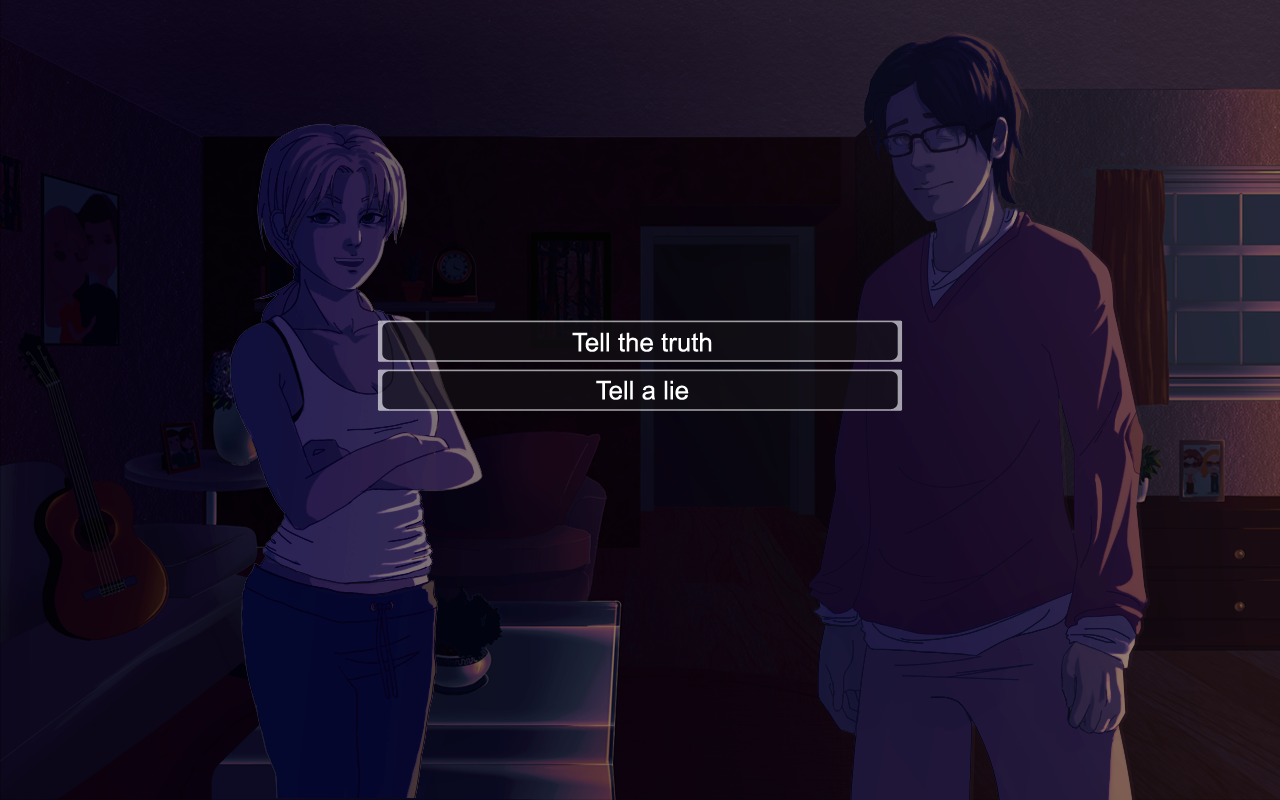 This psychological horror visual novel starts with you waking up in the same room as an identical doppleganger.  One of you has to be real.  Could you both be real? Or maybe one of you is trying to take over the real person's life. It has you wondering who the real enemy is, and seriously causes you to pause and consider if it might actually be YOU.  Don't stop until you've seen all the endings to make sure you see all of this clever story full of twists.
Posted by Andrea Landaker at 8:40 PM