Indier than Thou (Visual Novel Review)

It's pretty cool to be an indie game developer these days. But while some have seen great commercial success, there are plenty of great indie games that people haven't played simply because they don't know about them. Some may also think that if a game is free, it must not be any good.

This is even more true for visual novels. Visual novels still seem to be in a somewhat awkward niche between “real computer games” and choose-your-own-adventure novels.  That is unfortunate, because these are some of the best interactive fiction I’ve read lately, with powerful twists and realistic characters and a lot of emotional impact.  Since they are available for free for Windows, Mac, and Linux, you really have no excuse not to at least give them a try! 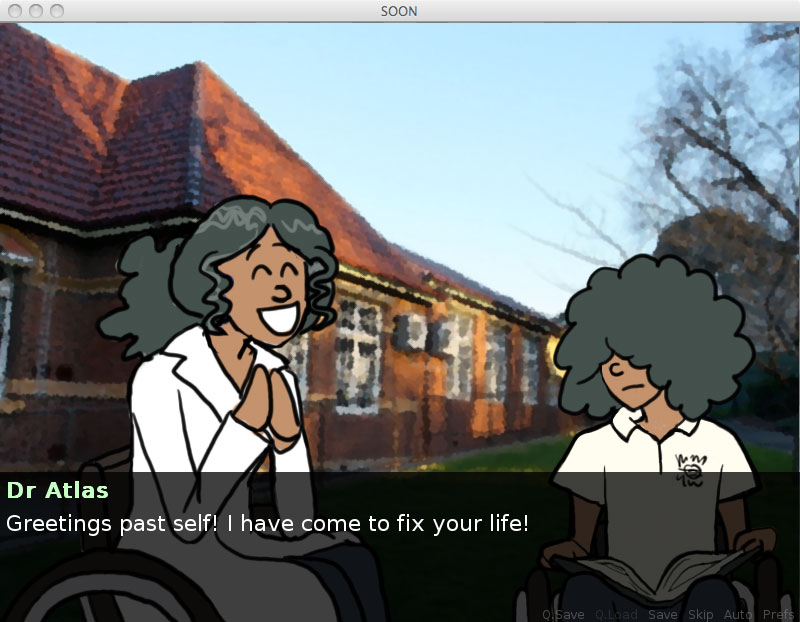 Time-travelling, mad science, and killer robots are great and all, but they are not enough to make a good story.  But SOON is not just a romp through time and space - it also has funny, realistic characters we care about, who make tough choices and change over time. Your sympathies and goals will change as you change time in this choose-your-own-adventure visual novel reminiscent of Jason Shiga’s Meanwhile. 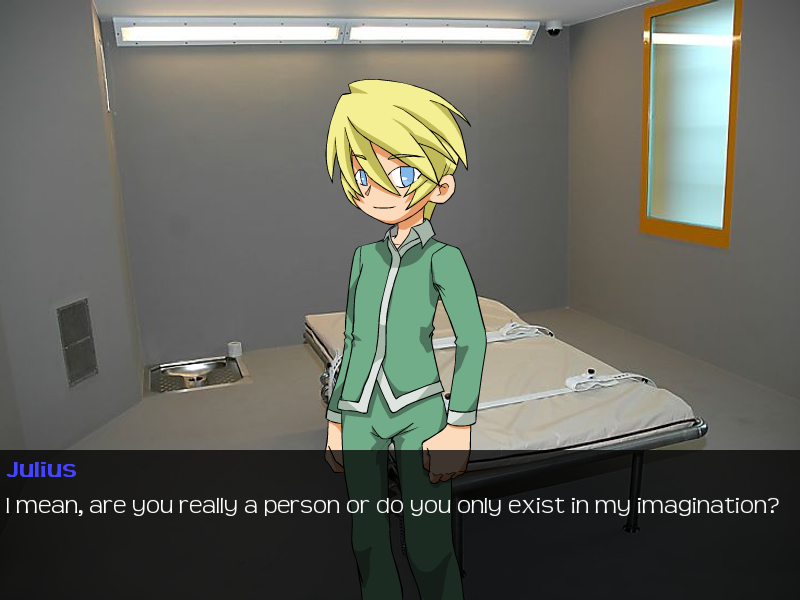 Don’t be deceived by the simplistic anime art style - this is psychological horror of the best kind. While movies can sometimes make you feel some of the things the main character feels, games and visual novels are a much better medium for really experiencing complex emotional questions such as “Is this real?”, "How can I help someone who seems delusional?" and “Would I know it if I was insane?”. 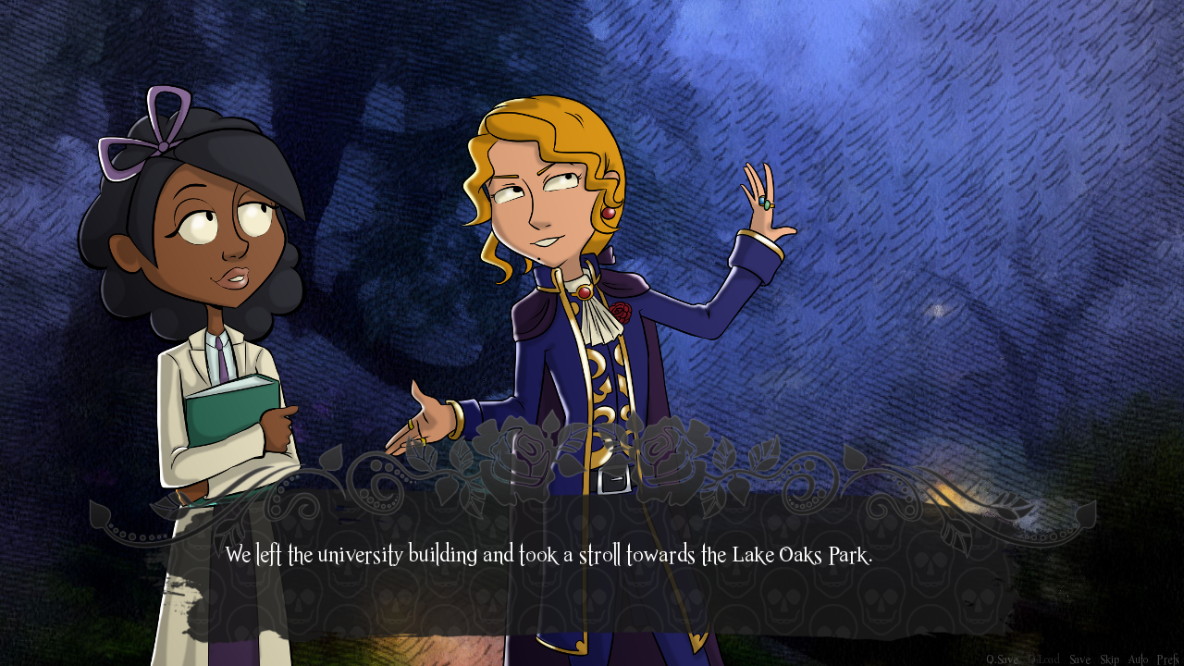 This quirky supernatural romantic tragicomedy’s greatest strength is its characters. The main character’s witty dialogue and intelligence are a refreshing contrast to the angsty indecisiveness so often found in the romance genre. It’s definitely worth replaying several times to uncover each character’s secrets, past, and true motivations. The jazzy music lends a distinctively New Orleans flavor to the game as well. 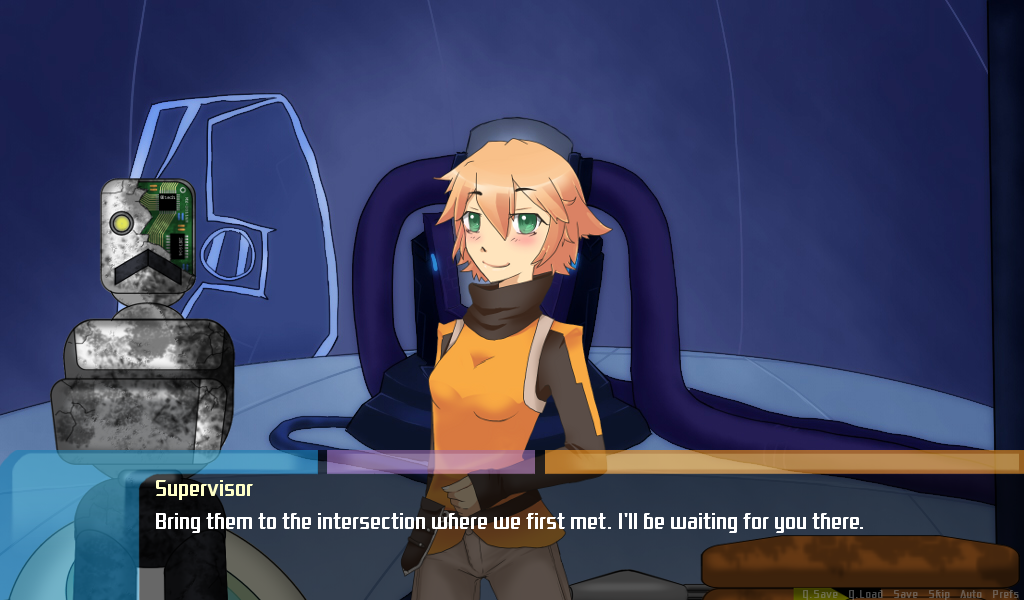 In Adrift, you are the human in charge of an underwater city, but your body is locked away in a stasis chamber. You must get both robots and humans to be your eyes, ears, and hands in this game that will test your perception, management skills, and creativity.
Posted by Andrea Landaker at 7:50 PM No comments:

Here's some new adventure games recommendations from my sister:


Adventure games, where you make choices or solve puzzles to make your way through a story, used to be one of the main genres of video games.  Though now most adventure games usually have other elements (either RPG/adventure or action/adventure), here's some classic-feeling games for those that still love adventure games. 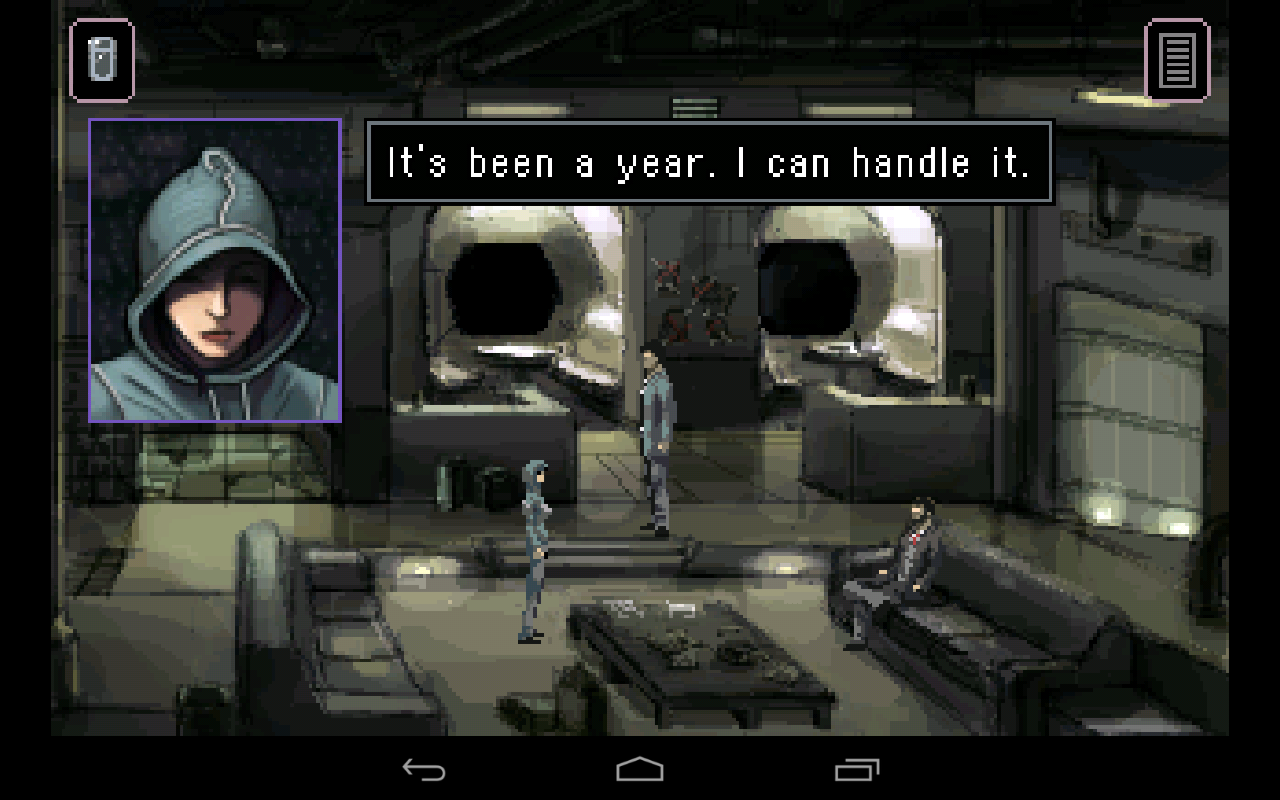 If cyberpunk/mind-bending/noir would be one of your favorite Netflix genres, you definitely need to give Gemini Rue a try.  Its retro graphics feel a little austere at first, but the twisting story and evocative soundscape more than make up for the simple graphics.  Some of the puzzles are a little tricky, but that just adds to the old-school appeal.  ($5-10, PC, iOS, Android) 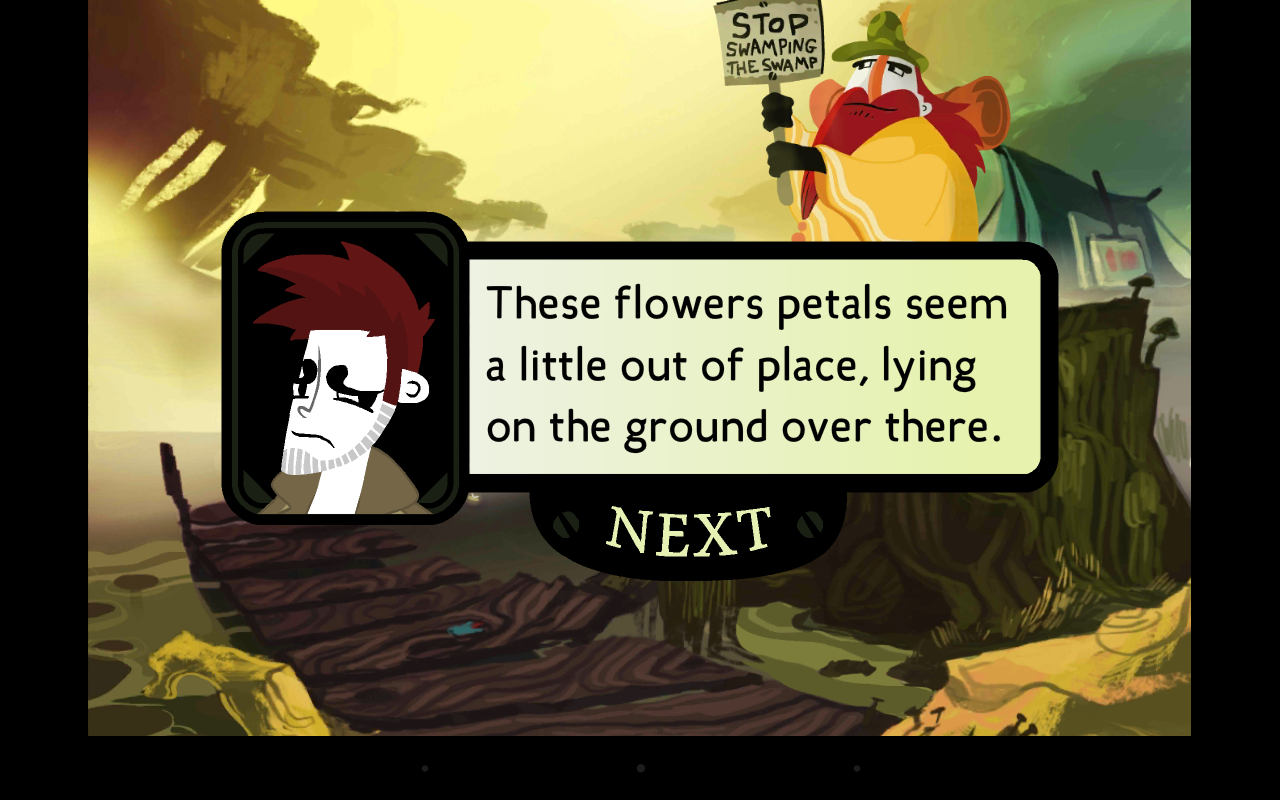 This detective-adventure game incorporates deduction as part of the puzzles you solve in order to find a murderer at a remote swamp tourist attraction.  With dry humor, whimsical graphics, and plenty of interesting evidence to sift through, this is an entertaining mystery adventure.  The only downside?  At around 4 hours of gameplay, it’s a little short, but it’s also inexpensive.  ($4-7, PC, Mac, Linux, iOS, Android) 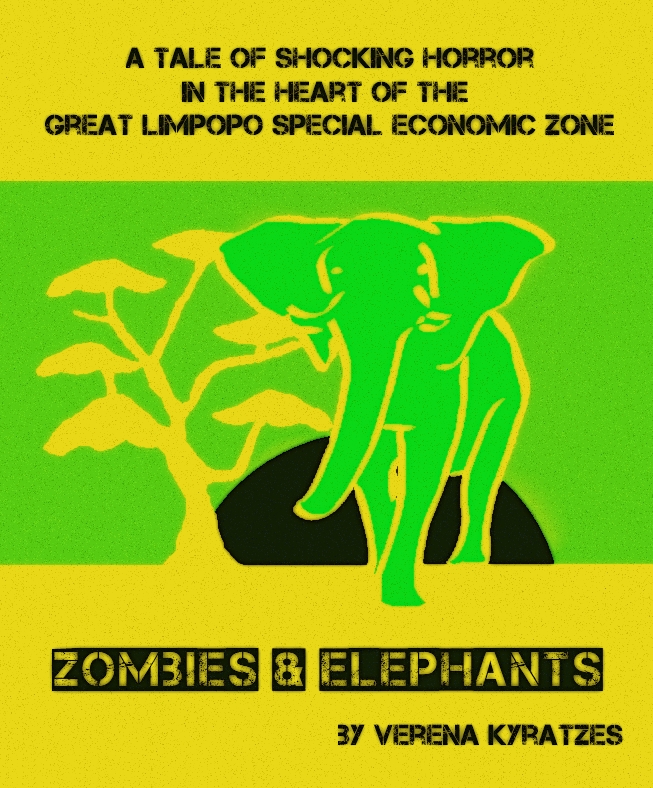 The Matter of the Great Red Dragon 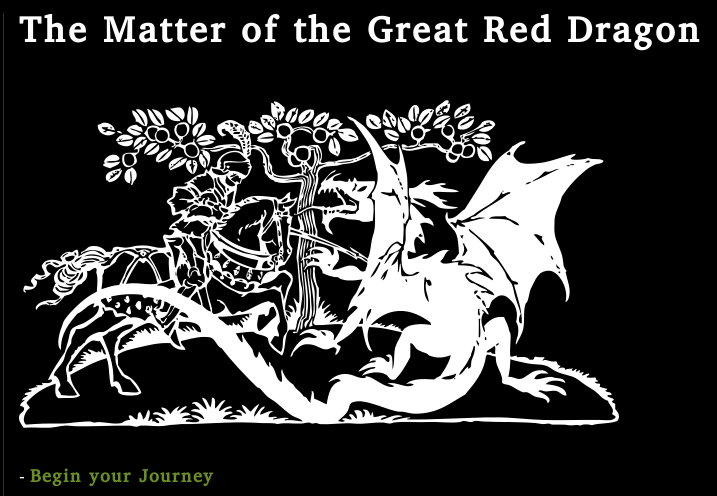 This post-post-post-modern Twine text adventure tale both examines and revels in the save-the-world fantasy tale. (Free, all platforms)

Posted by Rachel Helps at 11:01 AM No comments:

Do your moral values and videogame preferences correlate? Help us find out!

You might have seen this survey about how your political compass results and favorite game genre might be correlated. I found it really interesting, but some of my friends pointed out that the political compass has a lot of weirdly-worded and loaded questions. I was also wondering how they measured a person's favorite videogame genre. A friend of mine suggested that if I wanted to, I could do a similar survey using the Moral Foundations Questionaire. Seeing as how half the work of making a similar survey was already done, I found a videogame preferences survey in a master's thesis about personality and videogame preferences, mashed the two together in a Google form, and started trying to get participants.

BOTTOM LINE: I'd love for you to take this survey on morals and videogame preferences. We have 69 responses so far and I'd love you to make that 70, 75, or even 100. Stay tuned for analysis!
Posted by Rachel Helps at 11:48 AM No comments: