I recently stumbled upon a new website, How Games Saved My Life. Today they (well, Ashly), published my story about how Persona 3 helped (is helping, I'm still playing) me think of social links as something I can make in my real life. Reading the other posts on the blog, I'm struck by this paradigm-shifting, anxiety-neutralizing power of video games. I think there's a lot of untapped potential here!

I did a little research, and I found out that at least one therapist has used video games in his therapy (I'm relieved, since it seems like a no-brainer). A dissertation by Kevin Boyd Hull entitled "Computer/Video Games as a Play Therapy Tool in Reducing Emotional Disturbances in Children" found that video games are an effective play therapy in helping children who suffer from emotional problems. I dug up the PDF and found this charming interchange about Transformers: 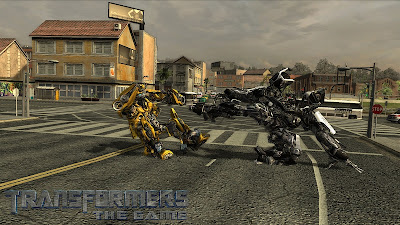 Therapist: So the Decepticons are bad guys?

John: Yes, they are the bad ones trying to take over the world because they want to live here. Like, their planet is dying so they came here.

Therapist: What makes them bad?

John: They want to hurt humans and the Transformers want to help the humans.

Therapist: Do you ever feel like you are battling Decepticons in real life?

John: Yeah, like the people that make fun of me at school.

John: Yeah, sometimes I hate them.

Another child discusses his experience with playing Runescape:

Therapist: Now, Marco, we’ve talked a little bit about how we are going to use the games, and I know that you know you are here because of the sadness issue,  but I was wondering if you could share what life is like for you in regards to the sadness.

Marco: Yes, futility. That nothing that I do is going to matter. I mean, you know, you do well in school, then you pass to the next grade. And on and on. Finally you graduate and then you find a job. Then it’s the same thing over and over. Futility.

Therapist: You’ve spent a lot of time thinking about this. So is this where the not going to school comes in?

Marco: Exactly. It just gets to the point for me to where I don’t want to pretend anymore and it just seems pointless to go.

Therapist: Yet the game brings you joy, a sense of purpose.

Marco: Yes, smiley face. (This is his way of saying that he is experiencing happiness). It is the one place that I feel a sense of purpose.

Therapist: What is happiness for you, and when was the last time you felt happy?

Marco: Happiness for me is the absence of worry. When I was small, like, early  elementary school I remember feeling happy. It was like going to school and getting good grades made me feel like I had some sense of purpose. Now, there is none.

Therapist: Now, I’m noticing as we play the game here that you have things that you must accomplish, what are they called again, quests?

Marco: Yes, quests. You gain enough items and then embark on the quests and it’s a  challenge to see if you can complete the quests.

Therapist: I’m thinking that life is sort of like that, you know, that you have things that you must accomplish at this stage and then you move on to the next thing. Life is like a quest.

Marco: I suppose it is, yes it is

It's interesting to see how in the context of therapy, the games are used as metaphors for real-life conflicts. The games provide a medium where these conflicts can be satisfyingly resolved, which I think is responsible for diffusing some frustration in players (if it's a good game!). I hope more therapists can use video games to talk to children about their problems, and in the meantime, it looks like video games can be pretty good self-medication.

P.S. Take a minute to check out Dream with Portals, a collection of remixed and extended Portal 2 tracks that helped this guy overcome insomnia.
Posted by Rachel Helps at 12:53 PM 3 comments:

Email ThisBlogThis!Share to TwitterShare to FacebookShare to Pinterest
Labels: children, psychology and gaming

The Backloggery: The Goodreads of the video game world

I like to keep track of the things I do, even the things I do for fun. That way, when I start thinking "I haven't even done anything this week!" I can look back and say, "well, at least I read three books this summer." That's what Goodreads is for. Now, there exists a similar site for video games, which I just found out about, called The Backloggery.

You can keep track of what games you have and which ones you've beat, and you can follow what games your friends are playing. Neat, huh? Currently it allows reviews and various completion categories. However, there are a few things it lacks before it reaches Goodreads's level of awesome (still, it's an impressive site, given that it's one coder's side project):

-A catalog of games to search from and add from. Maybe they could team up with mobygames or the Sisimizi catalog for a start. With the games cataloged, it would reduce title typos and allow tracking of how many people own the game. It would also let users see other reviews of the game.

-Partnerships with game companies to enter users in giveaways. Seems like a good way to sponsor getting the cataloging stuff done.

That said, it does a few things better than goodreads. It shows system stats, like how many registered unfinished games there are by console, etc. It also allows reasonable customization of one's profile page and display defaults. Sure, by not resizing your banner automatically it makes it less user-friendly, but it also allows more freedom to make a banner that isn't the exact same size as everyone else's. And for the most part, it looks like users have good taste (not too many animated gifs).

I think it's a great idea, and I think it will probably get more popular as time goes on. Let me know if you decide to join--I'm signed up as Whistler.
Posted by Rachel Helps at 3:02 PM No comments:

Email ThisBlogThis!Share to TwitterShare to FacebookShare to Pinterest
Labels: sites about gaming

You've probably heard about the third Humble Indie Bundle. You choose what you want to pay for five indie games (you could even just pay $0.01, though I think they're worth more than that). I love this idea; my problem is that I can never tell what kind of games are for sale. Well, fear no more. I'll do a quick rundown of each game in the bundle here (informed by 10 minutes to a few hours of play). 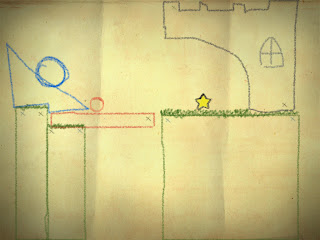 The main gimmick of this game is that you draw things and they act like real-world objects (there's a kind of Scribblenautish quality, only more primal because you don't have to name it). I quickly solved a puzzle the day after it stumped me, which I consider a sign of a good game. I still haven't figured out why some shapes seem to weigh more than others, but I like the idea and have enjoyed playing so far. 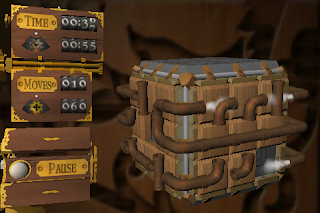 A steampunk puzzle game without a narrative, only the repeating missing-piece-shifting puzzles which are often frustratingly satisfying to solve. They get into 3D and double-sided, which makes my brain hurt, but in a good way. 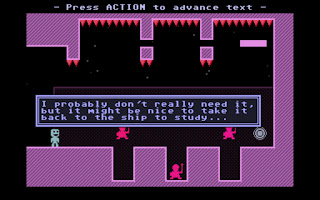 A retro-styled platformer where you change gravity to proceed with the level. It sounds like it should be a puzzle game, but it quickly turns into a battle of reflexes (in the screenshot here, the rectangle in the upper right-hand corner is a platform that moves side-to-side, which you must touch on three times to get to the thing you probably don't really need). The graphics and sound effects are way cute, but I admit that I suck at this game. 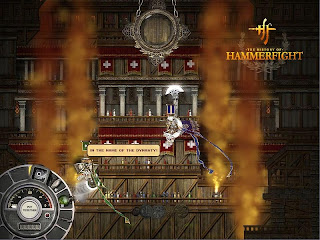 It's hard to tell from the screenshot, but this is a fighting game. You control this flying thing with your mouse that has a big weight on the end, which you use to hit other, similar flying things. It's set in some kind of fantasy middle eastern setting? It has some pretty cool art. The gameplay is kind of bizarre; it's like throwing around a ball and chain (but I think it makes use of mouse movement in a way few other games do).


And Yet It Moves 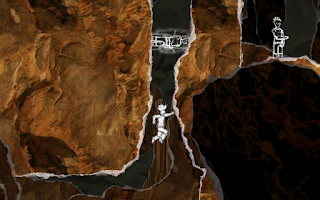 Along the same lines as VVVVVV, you control which direction is up. However, you must choose between four options instead of two (basically you can rotate the world 90 degrees whenever you want). Velocity is preserved over screen shifts, making it more of a puzzler than VVVVVV. Kind of cool to play around with, kind of frustrating to get stuck on a puzzle.


Along with these games comes Steel Storm, an overhead shoot-'em-up with stealth elements (you're a fighter plane). And, if you pay more than the average price (currently $5.35), you get the previous indie bundle too, which includes the tower defense game Revenge of the Titans. It is currently kicking my butt, and my husband is reminded that Plants vs Zombies is an easy tower-defense game. Maybe more about that later.
Posted by Rachel Helps at 8:29 PM 1 comment: