Over at Your Critic Is In Another Castle, Kate complains that game developers don't believe that she, a female gamer who has always loved gaming, including first-person shooters (FPSs), exists. I'm interested in this problem, and I have a few ideas about why there seem to be few "serious" games aimed at women (which felt a little overkill for a comment). 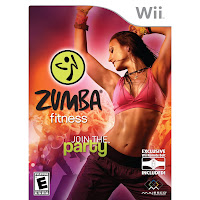 This is, as far as I can tell, the current state of games for women. The Portal games, being puzzle games and having mostly female characters, seem to be the best serious games that include a female audience. There are games out there that are aimed directly at women; they're not aimed at women who are "serious gamers" because those women will buy the games for guys. Case in point: "Girls who are frequent gamers tend to play the same games as do boys who are frequent gamers. Gender differences in genres played are found primarily in girls who game less frequently."1

Sources:
1. Pew Internet and American Life Project as cited in Magerko's "Different Strokes For Different Folks: Tapping Into the Hidden Potential of Serious Games" found in Gaming and Cognition. Because I think everyone should know this, I'm replicating the chart below (authors, if you find this and object, please contact me). A "*" indicates that males played the genre significantly more than females; "+" indicates vice-versa. % of boy gamers is listed first, then % of girl gamers (sorry! too lazy to make a table). Remember, these are preferences of teens who are already gamers from 2008, so it's not representative of everyone who plays games:
*Action games 84 48
*Strategy games 83 55
*Sports games 80 55
Racing games 77 71
*Adventure games 75 57
*Fighting games 74 17
*First-person shooter 67 29
Rhythm games 58 64
+Puzzle games 58 87
Simulation games 46 52
*Role-playing games 45 26
*Survival-horror games 45 18
*MMOs 30 11
Virtual worlds 11 10
The original article looked at extrinsic and intrinsic rewards and found that "Two of the three more intrinsic oriented genres are played significantly more by girls than boys." I believe there is a typo in the article, as their chart indicated that out of puzzle games, simulation games, and virtual worlds, only puzzle games are played significantly more by females than males. Just sayin'.
2. Gamedeveloper's 9th annual salary survey, as found in their April 2010 issue (vol. 17.4). What can I say, my husband worked in the gaming industry.
Posted by Rachel Helps at 10:53 AM