The Orson Scott Card writing in videogames workshop was today! It went from 8:30-5:30... so it was a long day. Luckily Card is funny and engaging. The workshop was made possible from a grant a UVU faculty member applied for... so good on him!

Highlights: Card is so amazingly fun to brainstorm with. I found myself being critical of other people's ideas, whereas he ran with them to make some really interesting scenarios (see the notes for details). Maybe I need to work on brainstorming more, since turning my critical mode off would really be useful once in a while.

I'm a fan of the Ender series, so hearing an author I like talk for a while was kind of mind-blowing (authors are real people!). I admire that he's done so much on his own and how he tries to show both sides of issues, and how there isn't always a right and a wrong to a situation, which I think videogames could really use (thanks, Bioware). But then again, since combat is such a big part of so many genres, there's kind of a need for an everlasting, ever-spawning enemy, which limits the kinds of stories you can tell.

Drawbacks: Card kept complaining that he hadn't seen any awesome SF/Fantasy writing in videogames... but he's not all that into videogames. He's content to play Civilization II, which is fine, but he made a lot of generalizations about the industry that I felt weren't as accurate as they might have been ten years ago (he hadn't heard of Skyrim or Minecraft... just sayin'). He was aware of Kickstarter though, and how the publishing model is dying, so he's not completely behind the times.

Card is a writer and as such, was pretty focused on linear storytelling in games. It's what he does best! But I'm also interested in how story and gameplay can merge.

I've scanned in my notes below in the interest of archival-ness and maximalism. 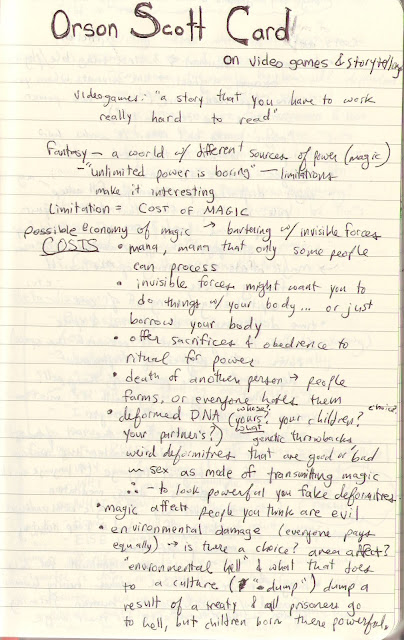 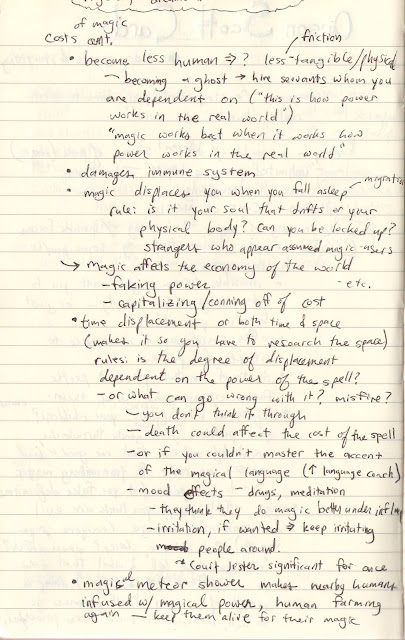 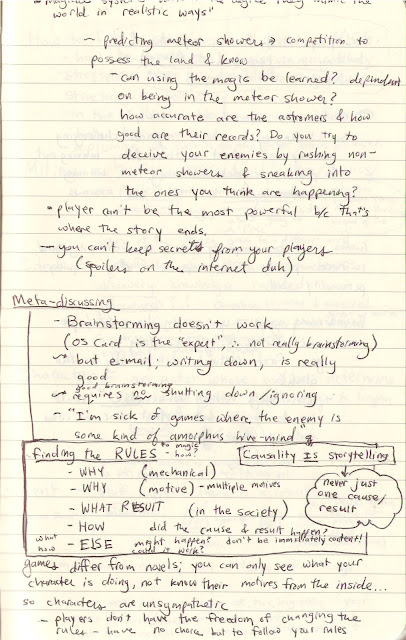 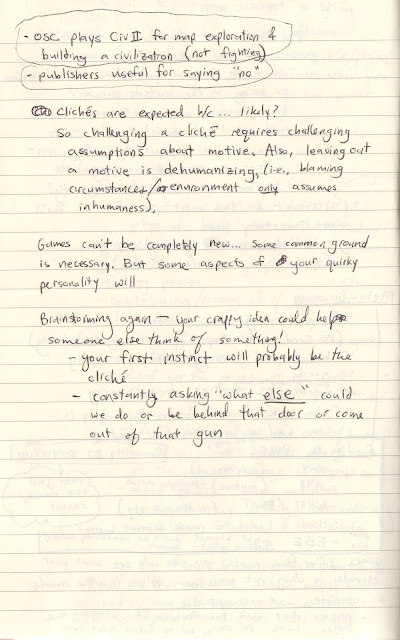 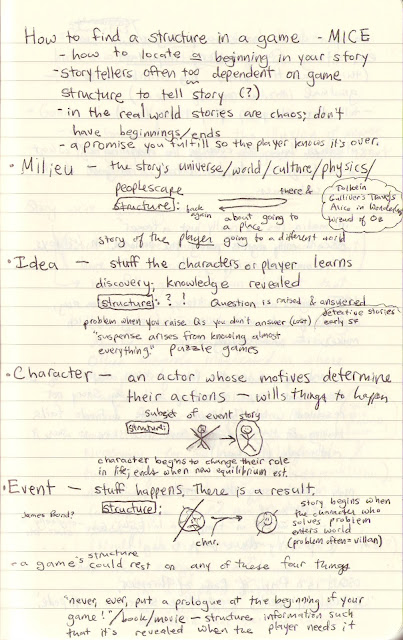 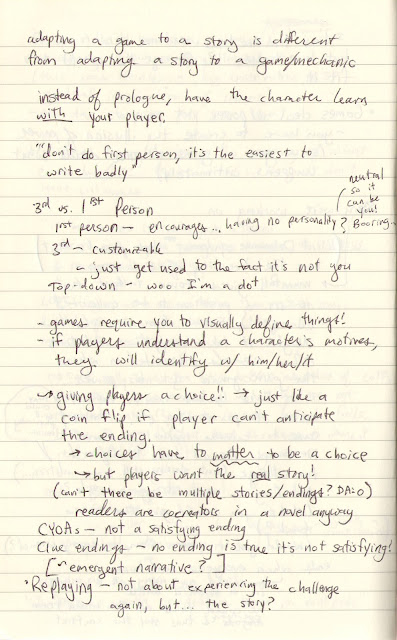 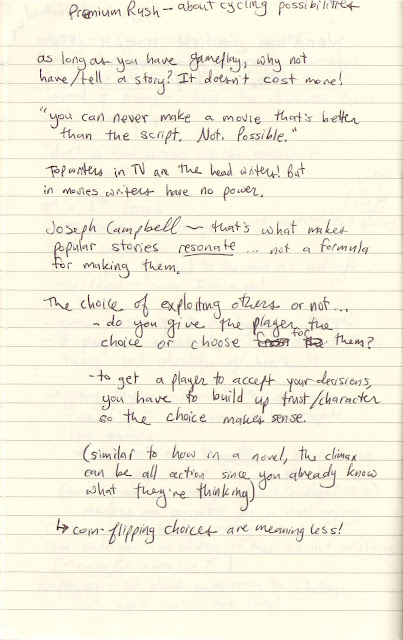 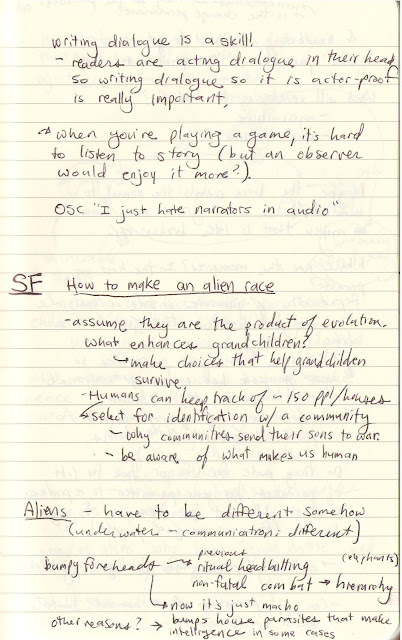 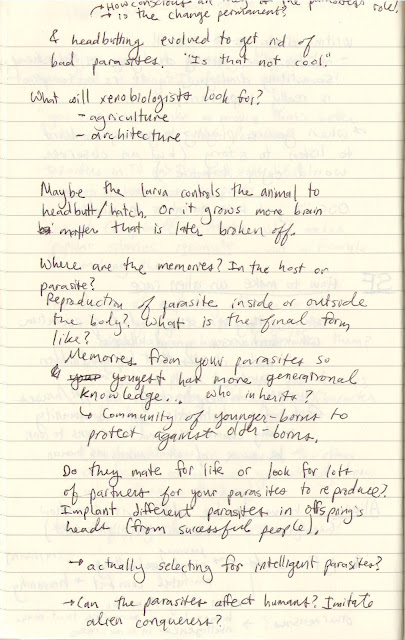 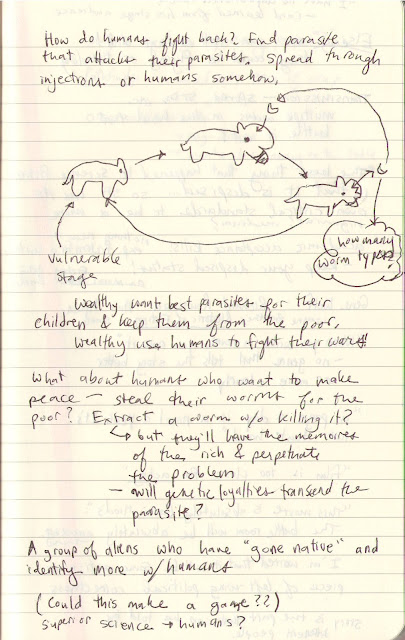 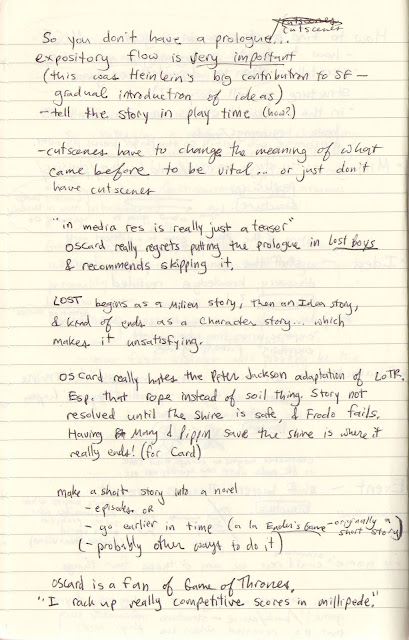 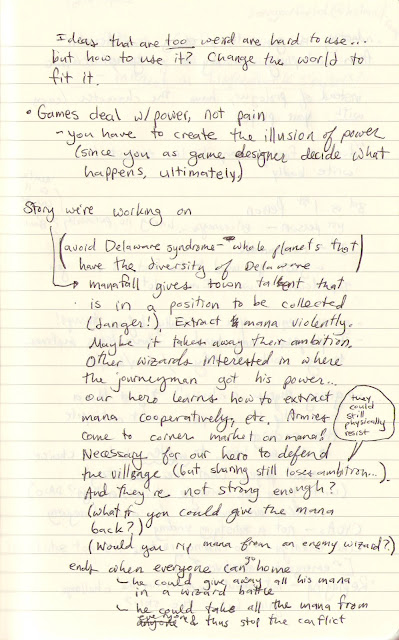 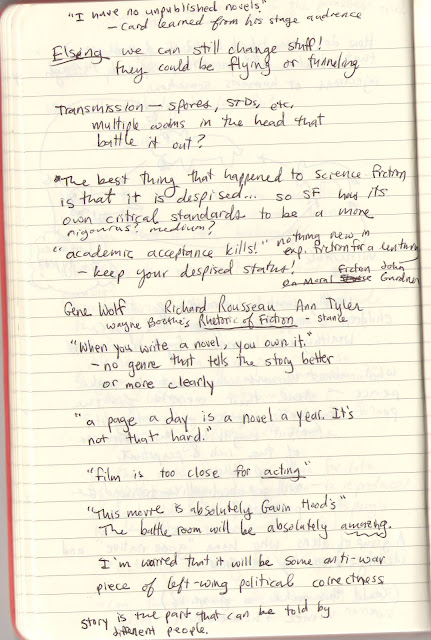