Distributors other than Steam!

I love that Steam exists and that I can buy a game and probably own it forever (even if my hard drive gets wiped and my house burns down). However, lately I've noticed that some games I want to play (like Towns) aren't on Steam yet, and sometimes Steam misses out on non-American games (although if they get popular enough they usually get there in time). Here are three other digital distributors of games that keep coming up, which maybe you didn't already know about?

- Desura: The indie little sister of Steam. Also focuses on mods and a developer community. 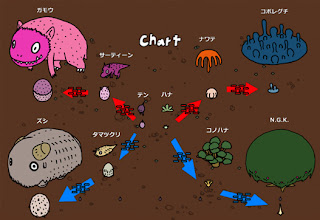 -Playism: Japanese indie games. Well, many are not from Japan, but some are, including this little gem (ecological god game with charming art). Also, sometimes American games look cooler on Playism (And Yet it Moves takes on an air of foreign bizarreness).

-Good Old Games: They don't have everything, but they probably have one of those Windows '98 games that will never play on your computer again. Plus they are having a 50% off sale (that means Planescape: Torment is $5)!

Did a guest post over at Rampant Games on what indie games can do that bigger companies can't afford to do (usually)!

Update: IndieCity? Those prices are more my speed.

Update 10/30/2015: Desura is becoming unpopular now, and itch.io and the Humble Store are the new hip stores to get DRM-free indie titles.
Posted by Rachel Helps at 4:23 PM